Following on from our critically acclaimed productions of Top Hat, Mack & Mabel and Shrek - The Musical, our next production will be the musical Kinky Boots. Tickets are on sale now! 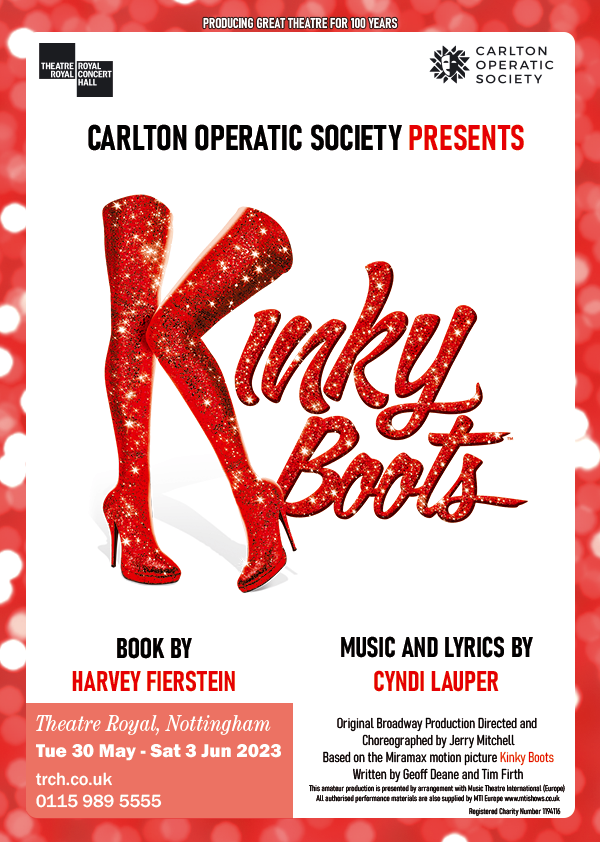 Our 2023 production won six Tony Awards, including Best Musical. Kinky Boots features a joyous Tony-winning score by Cyndi Lauper, and a hilarious uplifting book by four-time Tony winner Harvey Fierstein. With elaborate costumes, exhilarating choreography and a truly moving and powerful story, this sure-fire crowd pleaser will have you dancing in the aisle and discovering why sometimes, the best way to fit in is to stand out! 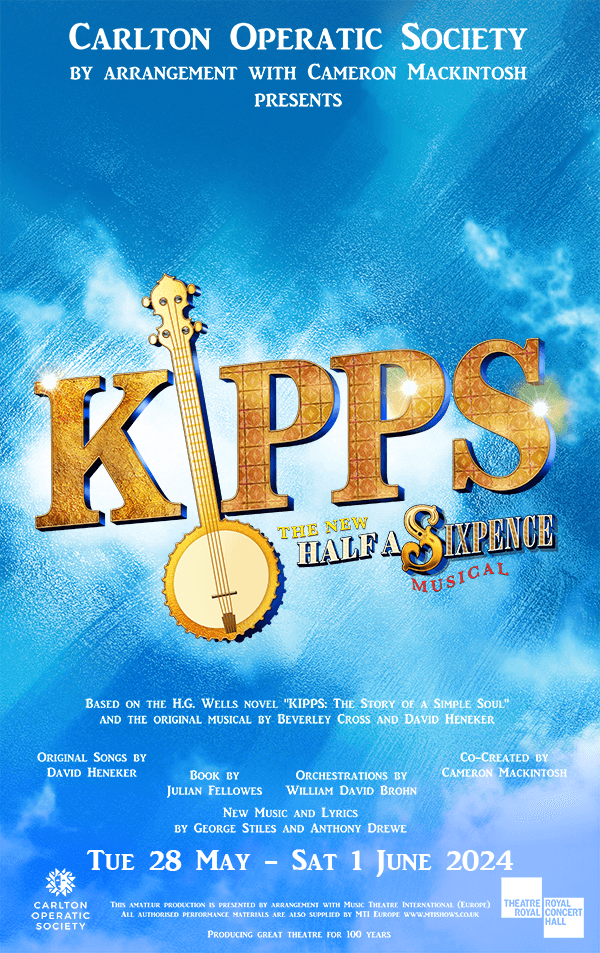 Our 2024 production will be the new Cameron Mackintosh version of Half a Sixpence. This is the 2016 version of the show that was revamped by Cameron Mackintosh, with new songs by Stiles and Drewe (Mary Poppins, Honk!, Peter Pan, Just So, Betty Blue Eyes, The Wind in the Willows), and a script by Julian Fellowes (Downton Abbey, Gosford Park, The Young Victoria, Mary Poppins, The Wind in the Willows), which premiered at the Chichester Festival Theatre in July 2016, and then transferred to the West End in October that year and ran until September 2017. It's a fabulous show, with a huge amount for the company to do, as well as a killer lead role, two supporting trios, and numerous cameos, and we look forward to bringing it to the Theatre Royal in 2024!

Our last show was Shrek - The Musical.

"If you can only afford to see one musical this month, make it 'Shrek'." - Kev Castle

"This is a lavish piece with an enormously talented cast and the highest of production values, that is doing the Theatre Royal proud... if you love theatre, are uplifted by fabulous acting, singing and dancing, or simply want a fun night out with the family; this has it all." - Theatre Online

"a superb production bringing every element together to entertain and enthral audiences of all ages. Bravo!" - EastMidlandsTheatre.com

"the audience would be hard pressed to tell this production apart from a touring professional group on top form... Bravo Carlton! This was very much a tour de force and one that you should all be very proud of." - NODA

"a brilliantly entertaining production that left me crying with laughter, enjoyable for all ages" - Impact Nottingham

Carlton Operatic was founded in 1921 and is based in Netherfield, Nottingham. We are affiliated to NODA, and we perform at the Nottingham Theatre Royal. Society members also perform in concert during the closed season.

During 2020 and 2021 the committee used the period whilst we were not able to rehearse or put on our productions to complete the process of transforming our society into a Charitable organisation. We have registered with the Charity Commission of England & Wales, and are now a charity. Our objectives are included in our new constitution: "To promote and improve general education in relation to all aspects of the art of drama and musical theatrical performance for the public benefit."

The programme for our 2019 production, Mack and Mabel has won the national competition for best deluxe programme.

Our 2017 production, West Side Story has won the Tailby Trophy for Best Production in the East Midlands area. This follows the successes of Grease, Legally Blonde and Sister Act. The 2018 awards winners were announced at the East Midlands Noda AGM day on 10th June 2017 at Loughborough Town Hall.

Our 2016 production, Grease has won the Hinks-Cole trophy for Best Production in the East Midlands area. This follows the nomination of Legally Blonde last year, and the success of Sister Act in the 2015 awards. The 2017 awards winners were announced at the East Midlands Noda AGM day on 11th June 2017 at Loughborough Town Hall.

You can read more in our news archive.

You can now see your previous online ticket orders here when you log in.

This website contains information for potential new members and for existing members. Some areas are available only to registered users, and require a username and password. These can be obtained by clicking the register link in the navigation bar. New accounts will be subjected to an approval process before you can access the "COS members only" areas.